Dead Malls are no new phenomenon.  In fact, the famous Mall Scene from The Blues Brothers was filmed in a mall that had already been dead for years, Dixie Square Mall in Harvey, Illinois.  But back then, people didn't possess drones.

Here's some nice footage from the lot of a dead mall local to the St Louis area, the former Crestwood Plaza.

Crestwood Mall
Posted by Rando at 6:53 PM No comments:

Malls in the news - Store Closing article on USA today

Some interesting observations in the article below. 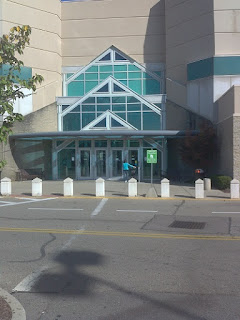 This medium-sized mall, located in the northern part of the Cincinnati area just off Interstate 275, was completed as an enclosed mall in the late 1960s, and has very much the 1970’s mall feel.  The decor is in the 1990’s mall style from an obvious renovation sometime in the late 80s or early 90s.  There is nothing spectacular or particularly interesting about the design or decor, except perhaps the fountain, shown below. 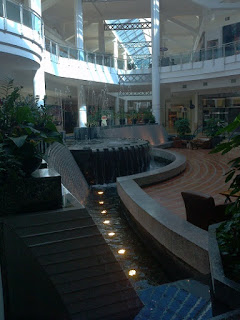 The store selection covers all the bases well, making this, in my mind, a very useful mall to live near.  There are holdovers from the original tenancy (The Buckle, Foot Locker), 80s/90s additions (Suncoast, Victoria’s Secret), and common modern mall favorites (American Eagle Outfitters, Aeropostale).  Anchors include Macy’s and Sears.  There is also a Game Stop, Bath and Body Works, and other specialty shops, many of which are local.  One thing I found a little perplexing was the presence of not one, not two, but FIVE separate jewelers.  Kay, Zales, Hannoush, (two more).


The Food Court is modest, with the usual chinese restaurant, Great Steak and Potato, pizza, a japanese place, and a Subway.  There is also a Ruby Tuesday.  Plenty of other places nearby make for a wide dining selection in or near the mall.


This mall has a lot going for it, despite some closed up stores in one corner.  It’s very accessible, even to an out-of-towner, it’s got a wide array of stores, including some that are getting harder to find (I always like hitting a Suncoast now and then, streaming movies notwithstanding), and plenty of food options in or nearby.  It’s the kind of mall I love, but it’s also, sadly, the kind that’s dying off more and more these days.  I’d call it a living and functional piece of mall history.
Posted by Rando at 5:29 PM No comments:

http://www.stltoday.com/news/local/crime
Posted by Rando at 2:44 PM No comments:

Snow in a mall

This is a great article on US Today with photos of an abandoned mall now coated in snow after recent storms.

This is my first post in quite a while to this page.  I'm coming out of mall-blogging retirement not to comment on the beauty of an aging but lively mall, as I've done in the past, but to show some pictures of an officially deceased mall, Northwest Plaza in St Ann, near Lambert Airport and Interstate 70.

I usually leave these types of blog posts to people like Deadmalls.com, but this one is local, and I was interested at getting a closer look at the ruins of yet another dead mall, soon to be resurrected (if you can call it that) into another form, probably a lot less like a mall and a lot more like an open air lifestyle center.

So, without excessive commentary, here are my pictures.  It should be noted that, despite this mall being closed and that no work was going on today, both the St Ann PD and the property owners' security were out in force, and circled me several times to make sure I didn't try to get into any restricted areas.  Thus, any sneaky (and thus much more cool) pictures I might have obtained were denied me. 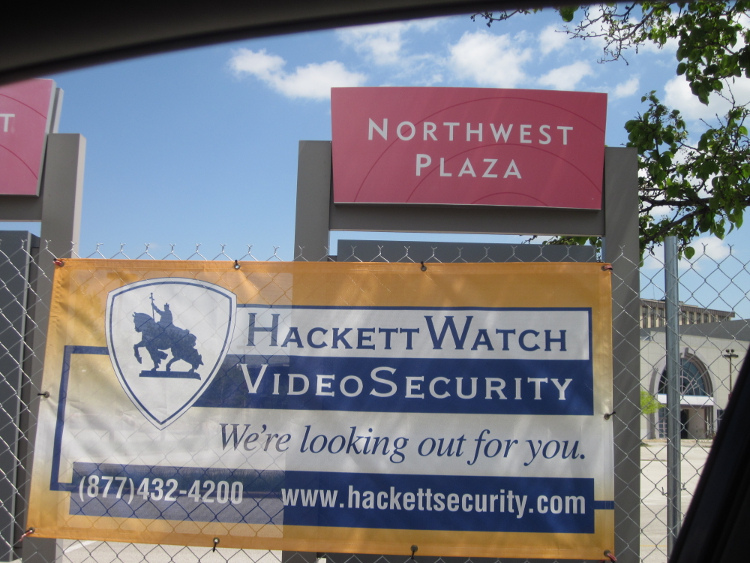 There's a big difference between "We're looking out for you" and "We're watching you, buddy." 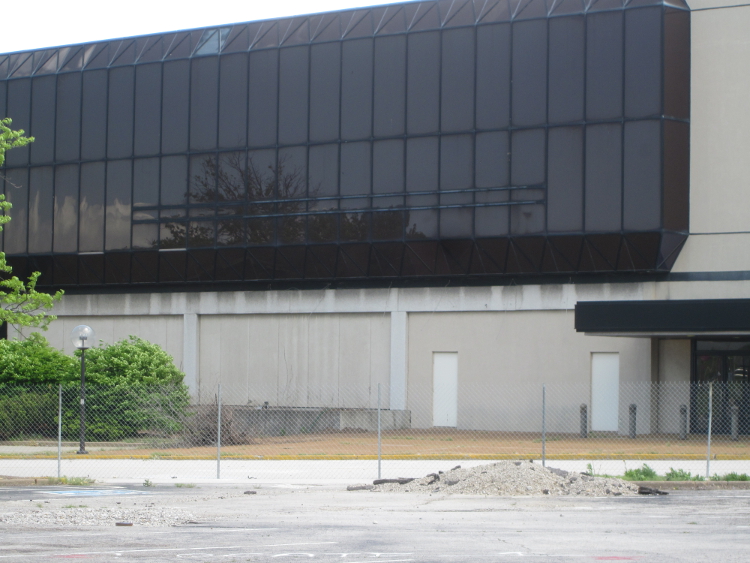 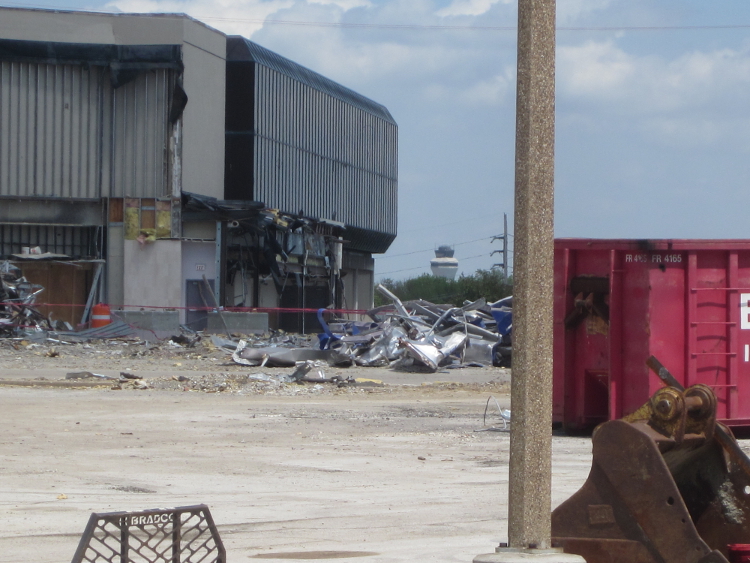 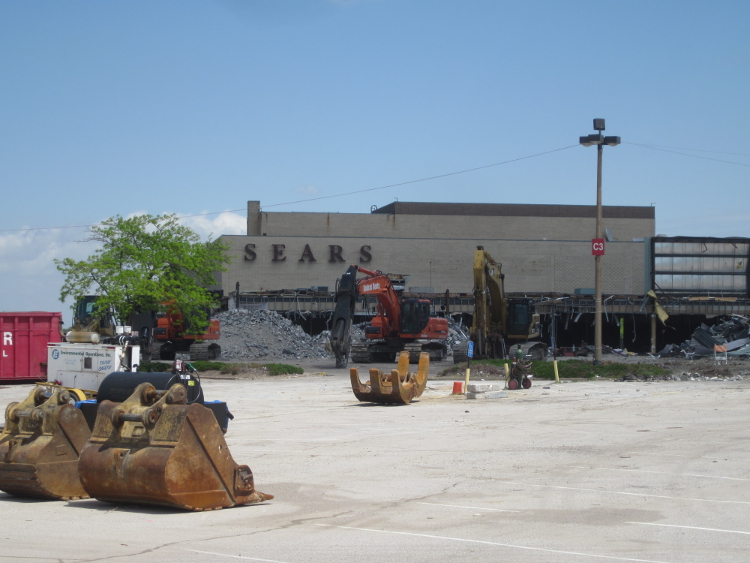 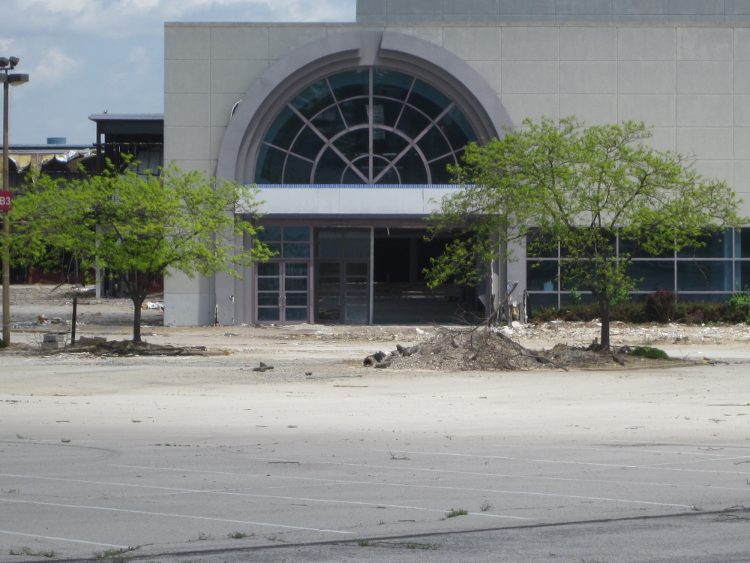 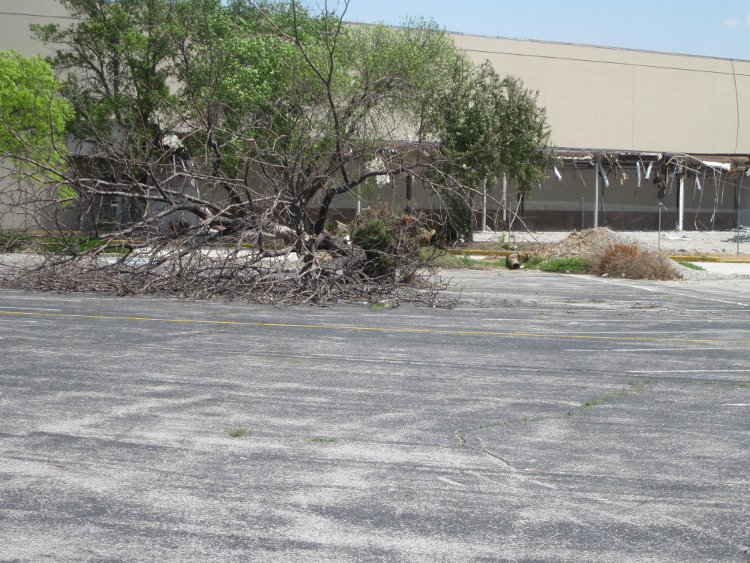 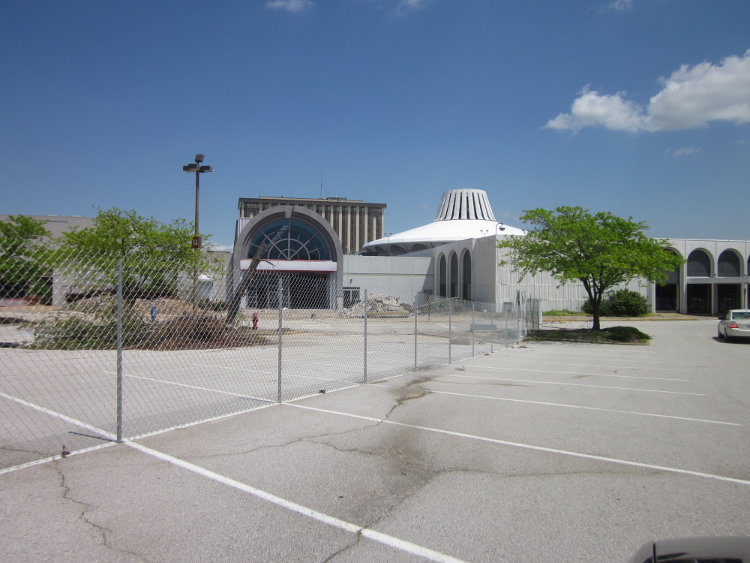